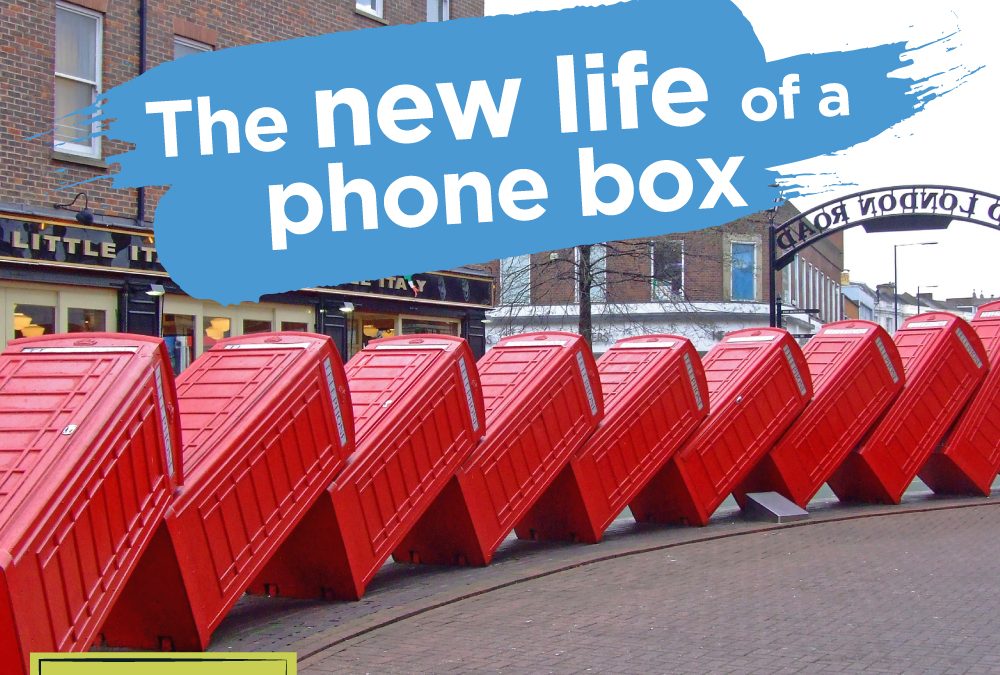 The new life of the Phone Box

Voted as one of Britain’s top design icons, the phone box is a mandatory photograph for any tourist visiting London.

The first prototype was designed in 1940, but it was a couple of years later when the General Post Office set a competition for the creation of a national kiosk.

Sir Giles Robert was inspired by the mausoleum created by the architect Sir John Soane, who had designed it for his wife and you can still find it in St Pancras Old church (NW1 1UL).

Robert won the competition and despite the fact that the prototype was relatively cheap, the transportation was very expensive. So from that day, there has been six different designs trying to make the prototype better.

In 2002 there were 92,000 phone boxes across the UK. However, the use of these phone boxes has decreased massively now for the use of mobile phones. But it hasn’t made them disappear and people can still make a phone call for 60 cents.

In 2008, a programme “To adopt a kiosk” started, where the phone boxes have been transformed into something new. Here you can find the most interesting new usages of old phone boxes in the UK.

Hundreds of books are inside these phone booths, making them one of the smallest libraries in the UK and a place where people can exchange books.

You can find also one in London in South London. The address is Lewisham Way, SE8 4DL

An ice cream shop, coffee shop, flower shop, phone repair shop or micro museums are some of the things you can find in the phone boxes around the United Kingdom.
The founders celebrate the idea and mention that they can keep the prices slightly down because the rent is cheaper.

In Devon, you can find a place where you can put some music and dance by yourself inside the phone box. The place is decorated with a Glitterball and led lights.

It is £1 to play one song, and the money is donated to charities in Devon.

You don’t believe us? Watch the video here

The community of Heartbeat trust installed defibrillators in 3000 kiosks, highlighting the good location of these cabins.
Do you also want to adopt a Kiosk?? Click here for more information.

5 Curious Things About London That You Probably Don’t Know

5 amazing cities to visit from London

Best views in London you must visit