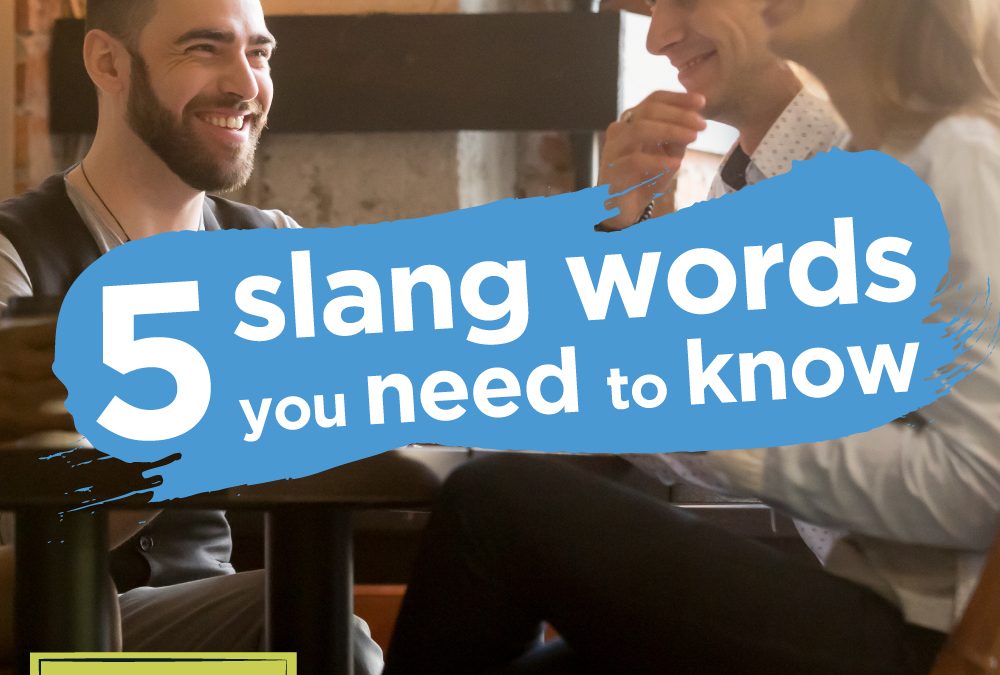 ‘Slang words’ are incredibly popular in Britain, especially with younger people. People say that you never really learn a language until you live in a country that speaks it. There are lots of reasons for this. For example, you’ll be forced to practice the language all day every day, every book, newspaper and T.V show will be in that language and also you’ll get to meet the locals who speak the language.

Meeting locals is especially important because not only will you make new and exciting friends but also you will be introduced to parts of the language that they don’t teach you in schools or textbooks and you certainly won’t find them in the English dictionary. We call these words ‘slang words’ and they are usually only spoken by natives. New words are added and removed from the ‘slang words vocabulary’ of the natives and the words often change in each region of Britain. So overall, it can be very confusing. However, I have included a list of the nine most common slang words to help you during a visit to the British Isles.

Read also British phrases that will make you sound like a native, How to make small talk in English and 5 ways to learn English outside of the classroom

Below you will find some British Slang words you should know!

We use this slang word as an adjective to mean happy or pleased. For example: ‘England won the World Cup, I’m chuffed!’

If you have ever visited Britain you will have probably heard this slang word flying around all over the place. When we say ‘mate’ we mean ‘friend’, but this word can be used in many different ways. We can talk about our friends as ‘mates’, for example ‘my mate just travelled to London for the weekend, he said it’s crazy over there!’ We can also use mate as a term of endearment (a friendly word to call someone to show you like or respect them), for example:

“Thanks for the beer mate! I’ll buy you one next time!”

We use this slang word to mean light-hearted and humorous conversation. If you have some banter with your mates it could sound like this:

Now this one is a very british phrase. We use it when we want to express anger or surprise about something. For example:

“How the bloody hell did you do that?”

This slang word is used by natives as an adjective to describe when you or someone else is very very surprised to the point that you can’t speak because the word ‘gob’ is also an informal, slang phrase to mean ‘mouth’. We can use this term like this:

“Did you know that Lisa got fired? I was gobsmacked!”

If you come to Britain you will almost definitely have to use this phrase. We say ‘it is chucking it down’ when it is raining very heavily.

This is one where us British and Americans disagree. If you have learned English from an American then you may know ‘pants’ as trousers or jeans. However, if you’re in Britain and you say your ‘pants are dirty’ you would be referring to your underwear. So you might want to remember this one to avoid an awkward confusion.

We also use the word ‘pants’ as a slang word to say that something is ‘bad’.

“Did you watch football?”

“Yeah, it was pants”

The word ‘skint’ is an adjective to describe someone who has very little money left over.

“Hey mate, do you fancy the pub tonight?”

Finally, probably the most common slang word you will hear in Britain is ‘Cheers!’. We say this as a toast when we touch our drinks together but we also use it in place of saying ‘thank you’. For example:

“You’ve shown me so much British slang! Cheers mate!”

Also, find out idioms you need to know in our 4 series of English tips video!

Was your English Test a piece of cake? 🤔🍰Idioms are so much fun, but they can be quite confusing sometimes because the meaning is not always obvious. Our teacher Jack is here to help you!

5 Movies to watch before you travel