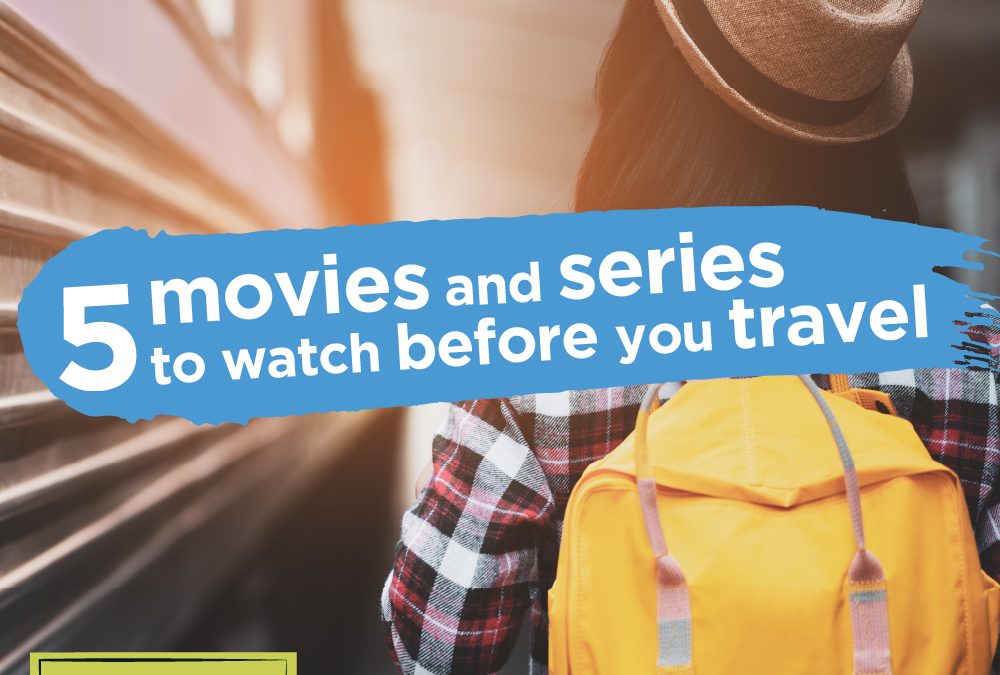 5 Movies to watch before you travel

Do you love travelling? Do you love movies? Are you learning English?

If you said YES to all these three then this is the blog for you.

Watching movies in English is a great way to pass your free time and make sure you are doing something useful. But if you are a traveller, you might not be able to find very much time to sit back and relax. So, if you’re looking for a bit of travelling inspiration and some English practice, then look no further that the list of movies below:

This is the best travel movie to watch if you’re heading to the USA or want to familiarise yourself with American English. Forrest Gump travels all over the country taking us, and his crazy, action-filled life with him.

A classic. If you asked most British or American people what their favourite travelling film is, this would probably be the answer. Directed by Danny Boyle (Slumdog Millionaire, Trainspotting, etc.) and starring Leonardo DiCaprio, it is THE backpacking film. It follows Richard as he travels through Thailand and comes across a magical island that has dark, hidden secrets. Definitely, one that will inspire you to visit Asia.

One of the highest earning british films ever, Notting Hill is a great film to watch if you’re planning on visiting london. Set in the beautiful area of Notting Hill and up and down one of London’s most famous streets, Portobello Road. Starring Hugh Grant and Julia Roberts, it is a british classic and a great way to learn and practice your british english!

The Adventures of Priscilla, Queen of the Desert

A worldwide hit that follows two drag queens (google it) played by Hugo Weaving and Guy Pearce and a transgender woman, played by Terence Stamp, as they journey across the Australian Outback from Sydney to Alice Springs in a tour bus that they have named “Priscilla”. Along the way they encounter various groups and individuals that help them on their merry way.

A Map for Saturday

‘On a trip around the world, every day feels like Saturday.’ A Map for Saturday reveals a world of long-term, solo travel through the stories of travellers on four continents. The documentary finds backpackers helping Thai tsunami victims. It explains why Nepal’s guest houses are empty and Brazil’s stoplights are ignored. But at its core, SATURDAY tracks the emotional arc of extreme long-term travellers; teenagers and senior citizens who wondered, “What would it be like to travel the world?”, then did it. If you need inspiration for travelling the world, this is definitely the film to watch.

5 amazing cities to visit from London

British phrases that will make you sound like a native