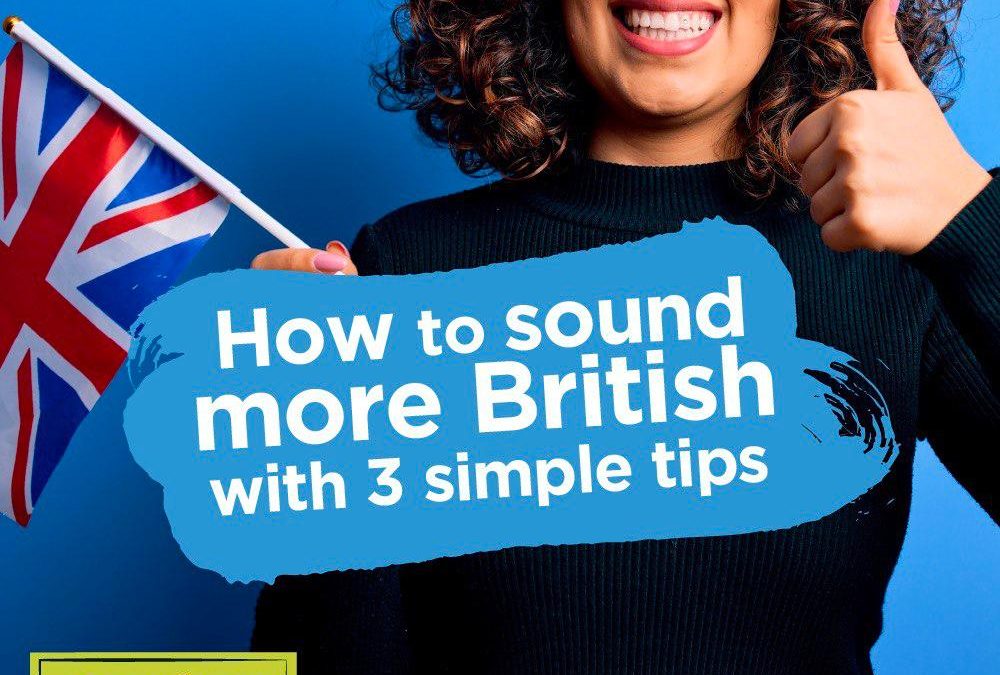 One thing I am often asked as a teacher is “How do I sound more British?” or “How is my accent?”. It is a common concern for non-native speakers of english; they want to speak with a British accent.

Firstly, I would like to say that, in my opinion, every accent and dialect is acceptable. An accent or a dialect is part of your identity, who you are, and is something that makes you an individual.

Pronunciation, however, is a very important but separate matter. in simple terms, pronunciation is how clearly you say a word; you can have a very strong accent but still have perfect pronunciation.

So, gaining a certain accent, because you think you should speak that way, is not too important.

In Britain we have around 40 different dialects, so wanting to sound British is basically impossible until you can speak like a Scotsman, a Liverpudlian (sometimes called a Scouser), a Londoner, a Geordie (someone from Newcastle), a Welshman, etcetera etcetera.

But, if you want to sound more like Benedict Cumberbatch or Kiera Knightley, then the accent you are looking for is called Received Pronunciation or RP. RP is an accent not a dialect because it is not regional, meaning it is not specific to one area of the UK. It is the ‘Standard English’ accent or ‘Queen’s English’ as some people call it. This can be a good way to sound ‘British’ because it is the accent which separates us British from our American cousins from the USA.

Here are some tips on how to speak with a British RP accent:

Mirroring is a very common way to practice your pronunciation and probably something your teacher makes you do very often. Select a British film or TV series and pick a character which has a dialect or accent you would like to achieve. Listen to them. After this you should try to repeat what they said, imitating or mirroring their accent and the way they speak. Try to notice some key words and how they are said.

If you listen to an English person say ‘City’ vs an American saying it you will notice a slight difference. English people will always pronounce the ‘t’ quite clearly. Americans will often pronounce a ‘d’ sound instead of ‘t’. For example a New-Yorker is more likely to say ‘Ci-di’ whereas a Londoner would say ‘Ci-ti’. Try listening to some examples in British and American movies or series.

The schwa ‘/ə/’ sound is the most common sound in British English. We often use it to replace vowel sounds. We can pronounce this by producing a short ‘uh’ sound from the throat. For example the word ‘ago’. The sound that we use for the ‘a’ is ‘/ə/’ (the schwa) – /əˈɡəʊ/. Some other examples of words we use the schwa in would be ‘teacher’, ‘potato’, ‘pencil’. Practice saying these at home.

Phrases you need if you want to go to the supermarket