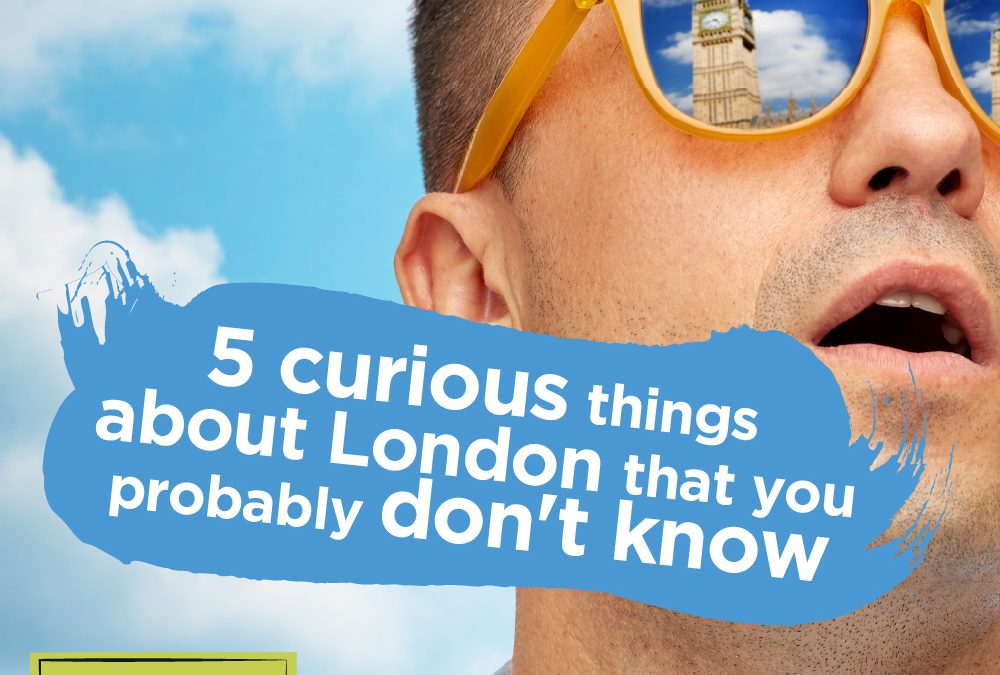 5 Curious Things About London That You Probably Don’t Know

London. The big smoke. Its history-soaked, culture-rich and forever changing streets make this city one of the most interesting in the world. As tourists flock in their droves to Big Ben, Buckingham Palace, the London Eye, Baker Street and the like, the mechanical whir of the city drones on. Founded by the Romans almost two thousand years ago (once named Londinium), the history of this great city is easy to find amongst the tourist tracks and big attractions. But, beneath the surface, there are some fascinating secrets and little-known facts that only few are lucky to stumble upon. Well, stumble no more, here are five curious facts about London that you probably didn’t know.

The City of London is Small

Now, of course, what me, you and almost everyone refers to as ‘London’ is not exactly what I’m talking about. This European megacity is actually called ‘Greater London’. The City of London is actually a rather small district, covering just 2.9 kilometres in the very centre of the city with a small population of around 8,000 people. Compare this to the 8.9 million who live in Greater London and I’m sure you’ll usually know which ‘London’ someone is talking about.

Not quite. But, on the 30th December 1952, London Bus Driver, Albert Gunter, performed a magnificent spontaneous stunt on Tower Bridge. As he was casually driving over Tower Bridge on his daily bus route, the road began to rise, opening to allow a ship to pass through. Gunter thought fast and put his foot on the accelerator, clearing the widening gap and landing on the opposite side of the bridge with his bus and passengers safe and intact. He was awarded a day’s holiday and a reward of around £10 (worth around £290 today). Hero! 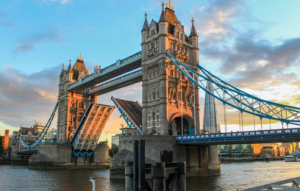 And Our Black Cab Drivers are Geniuses

In Britain, we often refer to a taxi as a ‘cab’. Apparently, this comes from the word ‘cabriolet’, which was a two-wheeled, on-horse carriage – the taxi of before motorcar times. Black cabs in London are the traditional black taxis with the iconic yellow ‘taxi’ light. To get a licence to drive these cabs, cab drivers must complete a very difficult test called ‘The Knowledge.’ To pass this test they must learn every street in Central London. It usually takes over 4 years of training to complete. Not exactly easy! Unfortunately, black cabs are dying out due to private taxi apps like Uber, etc., so next time you’re in London, take a trip in a black cab. It may be your last opportunity to experience one! 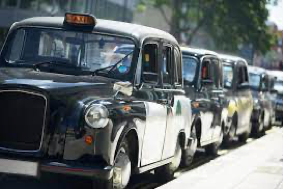 In 1814, Eight People Were Killed by a Tsunami on Tottenham Court Road

A tsunami in Central London? Surely not. Well, not your average tsunami tidal wave anyway. On October 17th 1814, an exploding vat of beer (yes, beer) created a five metre wave. The beer wave rushed down Tottenham Court Road, demolishing houses and killing eight people. I’m not sure anyone was thirty for a pint for quite a while after.

There are Rivers Flowing Beneath Your Feet

Before London became the mega-metropolis it is today, the river Thames would have flowed through the floodplains of softly rolling green hills and valleys. A far cry from the concrete landscape of today. Feeding into the Thames would have been many streams and smaller rivers from the surrounding valleys and marshlands. But, as the city grew, many of these less important rivers were pushed underground, beneath the ever-expanding streets and buildings.

Nowadays, these rivers are rarely seen; most often used to transport sewage from the city into the Thames and out to sea. It is said there are a total of twenty-one secret rivers hidden beneath our feet, the most famous of these being the river Fleet and the Effra. You’ll find pubs named after the subterranean river that flows beneath them, alongside countless poems and pieces of writing inspired by these secret rivers. There’s something mysterious yet powerful about nature still weaving its way beneath modern London; a reminder that, once upon a time, this land was once a much different place. 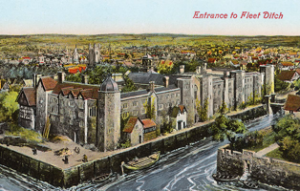 Did you know? ‘Twilight’ in London and the Highgate Vampire.

Did you know? A deadly English nursery rhyme -‘London Bridge is falling down’ (Part one)

Camden Town: 5 things To Do

5 things to do in London for FREE