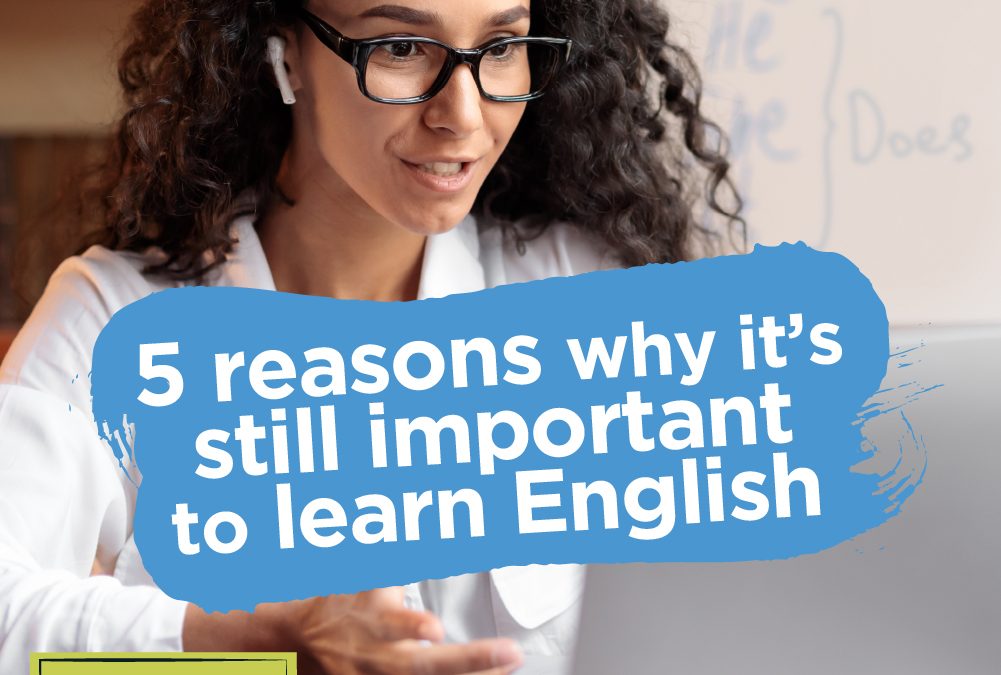 More and more people are dedicating time and effort into learning English as their second language. But why? Why do you need to learn English? Why is English such an important language? I’m sure you already know a few answers to these, but let me give you a quick insight into why it’s still important to learn English.

English is a Global Language

Out the worlds approximate population of 7.8 billion, 1.35 billion people speak English (that’s 1350000000 people in number form).  That’s around 17% of the world, which when you think about, is a huge amount of potential best friends, partners, colleagues and interesting people.

Get Your Dream Job

English is the language of business, science, aviation, tourism, technology and more. In almost every job, understanding English is a huge advantage. The world is globalizing rapidly; the internet is expanding; international careers are becoming more and more common and English is probably going to be the language of choice. By learning English, you open up your career to a wider range of possibilities.

A lingua franca is a common language usually agreed by a group of people with different first languages. Whether you are travelling, making friends on the white sand beaches of Asia, or taking part in an international conference, or meeting a group of international work colleagues for the first time, English will probably be your lingua franca. You will speak to, and meet, people from all over the world with English conversation. Don’t get left behind!

Apart from being the first language of many countries (UK, Australia, USA, Canada, Bermuda, Grenada, Jamaica, New Zealand, South Africa, Ireland, Malawi – must I continue?), English is a great language to know when travelling. Even if people aren’t fluent in English, it is likely that they will at least know a few words to point you in the direction of that ‘train’, ‘mountain’, ‘food’, ‘beach’ which you are desperately searching for.

English is also a great language to understand before learning other European languages as it has its roots in Latin (as does Spanish, Italian, French etc.) along with roots in Proto-Germanic (German, Dutch, Danish, Swedish, Norwegian, etc.). A good knowledge of English is the perfect place to start when enriching your language bank.

Because so much of world speak English, a lot of the movies, music, theatre and art that we enjoy is in English. That’s not to say that there isn’t good culture that isn’t in English, of course, that’s abundant too. My point is that by learning a new language, especially English, you open up a whole new world of culture and interesting things that might not have been available in your language.

A new world of opportunities is out there. Go get ‘em!

Did you know? A deadly English nursery rhyme -'London Bridge is falling down' (Part one)

5 Ways to Improve Your English Skills

10 Common words and phrases you will hear in an English workplace and what they mean.

How to make small talk in English?