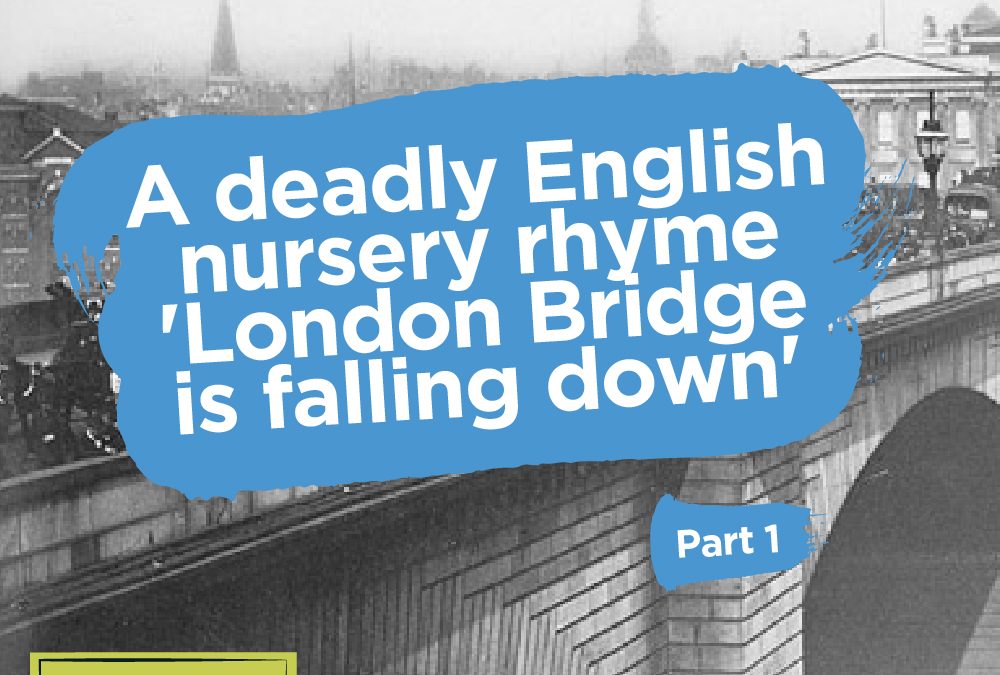 Did you know? A deadly English nursery rhyme -‘London Bridge is falling down’ (Part one)

To date, my blogs have looked at Queen Elizabeth, a descendant of Vlad the Impaler (Dracula), the demon barber of Fleet Street & Vampires in London but a sinister famous English children’s nursery rhyme, human sacrifice & Jane Austen? 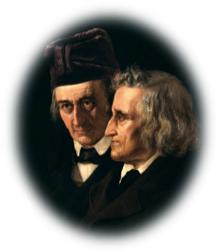 Now, I am sure that many of you have heard of the Brothers Grimm. Born Jacob and Wilhelm Grimm, these German scholars had a passion for collecting German fables and between 1812 and 1857, the brothers collected and published over 200 stories in seven different editions in what we now know as ‘Grimm’s Fairy Tales’ with the tale of Hansel and Gretel amongst their most famous ones.

Although the Grimm Brothers gave us classic tales such as Cinderella, Sleeping Beauty, Rumpelstiltskin, or Snow White & the 7 dwarves, for example, they didn’t in fact write them. Literary scholars suggest that the brothers Grimm were academics who collected and edited oral Germanic folklore in a region whose culture was being bastardized & raped during the Napoleonic Wars in the 19th century. However, whether these tales were ever intended for children is still much debated and just like Hansel & Gretel, one of the most famous English children’s rhymes, “London Bridge is falling down”, there’s more here than meets the eye. 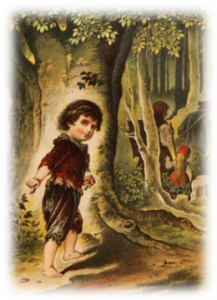 Left, a depiction of Hansel leaving a trail of breadcrumbs to follow home. Sourced from Wikimedia Commons.

Hansel & Gretel – The sanitized children’s story. In short, Hansel & Gretel were 2 children who were to be abandoned by their starving parents not once but twice in a nearby forest. When the pair discover their stepmother’s plan they decided to find their way back home again by following a trail of breadcrumbs that Hansel was to drop on the way. However, during the 2nd attempt of the parents’ abandonment, Hansel’s breadcrumbs were to be eaten by birds and the children became lost in the forest.

The starving pair come upon a gingerbread house that they begin to eat ravenously. Unbeknown to them, the home was a trap set by an old witch who enslaved Gretel and forced her to overfeed Hansel so he can be eaten by the witch. The pair manage to escape when Gretel pushes the witch into her oven. They not only return home with the witch’s treasure but they find that their evil stepmother is no longer at home, and they live happily ever after. Whilst folklore/oral tradition shouldn’t be wholly used as a primary source but cross-referenced with other historical documents, it can be seen as a swatch of what is going on in society at that time.

Hansel & Gretel. The gruesome reality. German scholars and other European historians believe that the story of Hansel and Gretel goes back to a cohort of tales that originated in the Baltic regions due to the Great Famine of 1314 to 1322. It was so horrific that elderly people chose to starve voluntarily to allow the young to live whilst other parents committed infanticide or abandoned their children. William Rosen in his book, The Third Horseman, points to cannibalism as he cites an Estonian chronicle which states that in 1315 “mothers were fed their children”. An Irish chronicler wrote that people “were so destroyed by hunger that they extracted dead bodies from the cemeteries, dug out the flesh from the skulls and ate it. In short, millions of people perished.

Literary historians suggest that it was from this chaos that the story of Hansel and Gretel was born, a cautionary tale that dealt directly with themes of abandonment, starvation, death, and survival. Almost all of the Brothers’ Grimm’s stories used the Forest as a tableau for danger, magic, and death.

Here in UK, Ireland & the English-speaking world, there is one particular nursery school rhyme that has got a lot of literary historians questioning both its origin and parts of the original lyrics.  The song “London Bridge is falling down” aka “My fair Lady” or “London Bridge” is by far one of the most famous school rhymes taught and sung by school kids all over the world. This was in part due to the growth of the English Empire during the 18th and 19th centuries. If you’re unfamiliar with the nursery rhyme, here is just 1 of the 12 modern verses sung today: 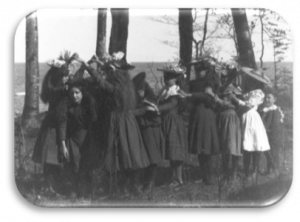 Left, sourced from the Library of Congress. A group of school girls sing & play the London Bridge game in 1898.

While the tune of the nursery rhyme is playful but the accompanying game always played by the children denotes a form of entrapment or imprisonment when the verse ends with ‘My fair lady’. Although this might appear innocent at first there are some darker theories about where it originated from and what it’s really about.

Although the nursery rhyme wasn’t published as a song until the 18th century, many experts believe that the rhyme itself could date back to the medieval era. However, it wasn’t until 1657 that the rhyme was first referenced in England and the full rhyme wasn’t published until 1744 when it made its debut in Tommy Thumb’s Pretty Song Book. Whilst the actual tune to our rhyme remains constant the words have changed over time. This has both puzzled and troubled our historians. Take a look.

Below, a page from Tommy Thumbs Pretty Song Book published in 1744 by John Newberry. 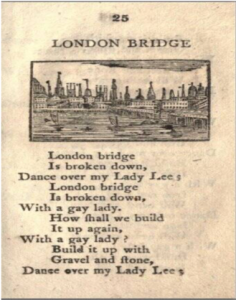 This is the beginning of the earliest printed English version contained within a collection of nursery rhymes. Of concern to our literary historians is the significance of the words I’ve highlighted in bold.

“How shall we build

With a gay lady?

Build it up with

Gravel and stone…” and so on.

This alternative from the nursery rhyme was recorded in 1725. It was used by H Carey (writer, poet & son of George Savile, 1st Marquess of Halifax) in his satire Namby-Pamby.

“Namby Pamby is no Clown,

London Bridge is broken down:
Now he courts the gay Ladee
Dancing o’er The Lady-Lee”.

This alternate verse in 1784 (Sourced from James Ritson’s ‘Gammer Gurton’s Garland) replaced the last verse of the nursery rhyme with this,

“Build it up with stone so strong,
Dance o’er my Lady lee,
Huzza! ’twill last for ages long,
With a gay lady”

The oldest extant version to be recalled was by a male correspondent to the Gentleman’s Magazine in 1823. He claimed to have heard it from a woman who was a child in the reign of Charles II (r. 1660–85) and had the lyrics:

Finally, translated in 1844 by Samuel Laing, the Norse saga the Heimskringla, (13th century) by Óttarr Svarti, looks like this,

As you see the lyrics sourced from Heinskringla are completely different and this is why academics suggest that the nursery rhyme may well be medieval in its orientation.  Historically, this is the only citation of the London Bridge actually ‘falling down’ as it were. No other historical sources suggest that London Bridge ever fell down as sung in the nursery rhyme. However, there are 2 worrying similarities from those later 17th century versions that have troubled our historians. The indication of Immurement and who exactly is the ‘gay lady’ or ‘Lady Lee’?

Click here for part two as the story develops.

Quirky facts about the London tube