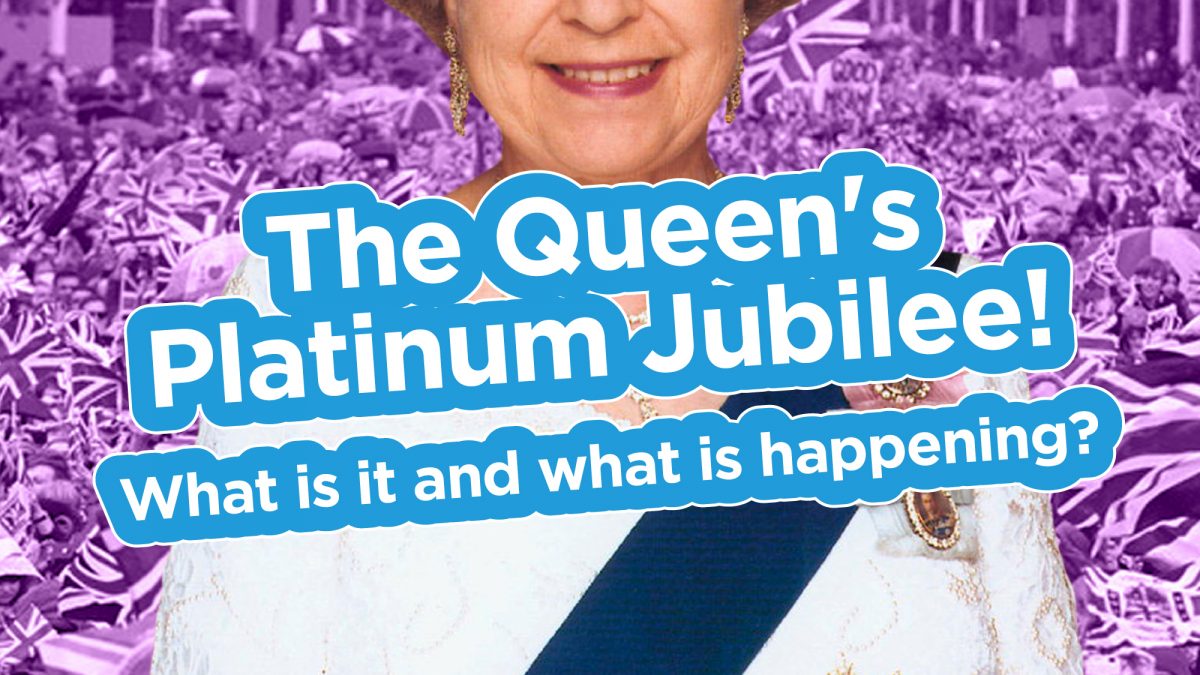 The Queen’s Platinum Jubilee- What is it and what is happening?

You may be hearing a lot of people talking recently about the upcoming Queen’s Jubilee but what is it?

2022 is a historical year for the UK as this weekend we will be celebrating the Queen’s Platinum Jubilee! From the 2nd – 5th June there will be many festivities taking place across the UK to honour Queen Elizabeth and her 70 years on the throne (which is called a platinum jubilee)!

On the 6th February 2022, Queen Elizabeth II became the first British monarch to celebrate a Platinum Jubilee! To honour the Queen and her achievement, there will be a special Bank Holiday weekend from 2nd – 5th June which means that some businesses may be closed and others may have shorter opening times.

The celebrations began on the 24th May with the opening of the Elizabeth Line, a new tube line in London named after the Queen.

Then on 2nd June is the Trooping of the colour. This is a ceremony that is performed to mark the monarch’s official birthday and has been the tradition for over 260 years. The Trooping of the colour is a parade which is made up of around 1400 soldiers, 200 horses and 400 musicians, it starts at Buckingham Palace and continues down The Mall to the Horse Guards parade where members of the royal family will join. The ceremony will finish with a display by the Royal Air Force (RAF) which the members of the royal family will watch on the balcony of Buckingham Palace.

Following this, on the 4th June a Platinum Party at the Palace will take place. This will be a large concert held at Buckingham Palace with performances from Queen, Sir Elton John and Diana Ross amongst other artists.

To wrap up the official celebrations, a Platinum Jubilee Pageant will take place on 5th June. This pageant will bring together a mix of arts, music, theatre and circus and will be made up of citizens from all over the commonwealth.

In addition to official events, there are many small events and street parties throughout the UK. Street parties are a British tradition, and whenever there is a royal celebration, many streets across the country are closed and all residents gather to eat and play music to celebrate.

What will you be doing to celebrate? Let us know in the comments below!

The Queen's Platinum Jubilee- What is it and what is happening?

4 Reasons London Still Has Opportunities For You